Resources in the Caribbean 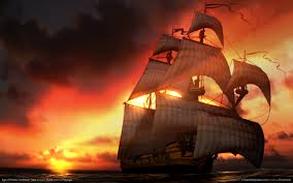 Important Deposits
Within the Caribbean, some of the most important deposits of bauxite and lateritic nickel, as well as significant deposits of gold and silver, copper, zinc, manganese, cobalt, and chromium, are hosted in the Greater Antilles (Nelson, 2011).  As North and South America rifted apart, metal deposits began to accumulate in the rift basins, which were later exposed, as a result of subduction on the eastern edge of the Caribbean Plate.  Massive sulphide deposits formed in fore-arc basins as well as back-arc basins due to volcanic activity, also giving rise to porphyry copper and precious metal deposits in the more mature island arc (Nelson, 2011).  Apical rift or back-arc settings produced the Pueblo Viejo gold district, while orogenic gold and tungsten deposits formed during the collision of North America and the Greater Antilles, preserved in ophiolites.  When serpentinites were exposed to weathering, they developed large nickel-cobalt deposits. Lastly, bauxites formed from the weathering of volcanic ash in a carbonate platform (Nelson, 2011).  The various tectonic features listed above all formed as a result of rifting and subsequent subduction and collision in the Caribbean region.  This provides a perfect setting for initial deposition followed by uplift along with weathering to yield a variety of deposits.
Water Availability
Beginning in 4.7 Ma, the Central American seaway began to close, causing very significant climate change (Haug et al., 2001). The reorganization of ocean circulation altered distribution of freshwater and energy in the global ocean (Haug and Tiedemann, 1998).  This most affected the salinity contrast and freshwater balance, as well as the carbonate preservation in the Pacific and Atlantic oceans.  Particularly, there was increased deep-water ventilation and carbonate preservation in the Caribbean Sea at this time (Haug and Tiedemann, 1998), along with increase in Caribbean surface-water salinity (Haug et al., 2001).  The formation of the Isthmus of Panama, and the closure of the North American-South American gateway resulted in limited freshwater resources in the Caribbean.  Due to this lack of freshwater, the few aquifers available are extremely important, particularly on the islands shown below (Figure 2).  The water quality and availability are the largest problems due to contamination and salt-water intrusion 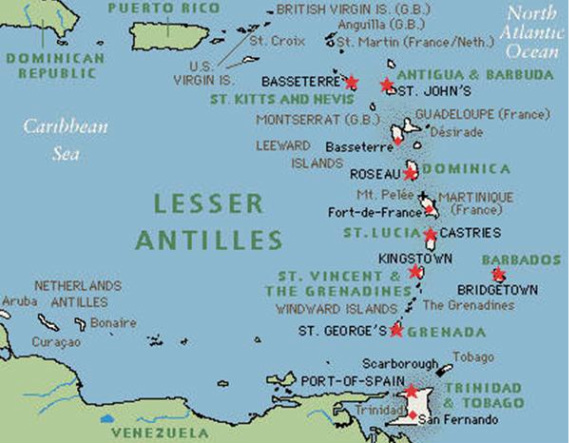 Figure 2: Map of volcanic islands comprising the Lesser Antilles on the eastern edge of the Caribbean Plate (Ring, 2012)
Energy Sources
There are multiple sources of energy in the Caribbean, including solar energy, wind power, biomass energy, ocean thermal energy conversion, geothermal energy, and fossil fuels including oil and gas (Headley, 1997).  Solar and wind energy produce the most energy for the countries in the Caribbean region, with less emphasis on the other energy sources listed.  However, the islands of St Vincent, Martinique, Guadaloupe, St Lucia, Dominica, Montserrat, St Kiss, and Nevis, which make up a large majority of the Lesser Antilles, have high potential for a lot of geothermal energy production (Headley, 1997).  This is due to the active volcanism occurring in the Lesser Antilles, caused by the Atlantic plate subducting beneath the Caribbean plate.  Most countries import oil and gas, with the exception of Trinidad and Tobago, where oil and gas production accounts for over 85% of the natural resources present (Energy Information Administration, 2013).  Colombia is also a large oil and coal producer in Latin America (Caspary, 2009). 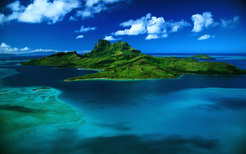 Touristic Value
Tourism in the Caribbean is extremely important as it provides the largest number of jobs and national income.  The main destinations are Puerto Rico, Dominican Republic, St Martin, the Bahamas, and the U.S. Virgin Islands.  It is the world’s largest destination for cruise ships due to the beautiful tropical islands, massive coral reefs that grow in the warm, shallow water, and overall heavenly scenery (Mather and Todd, 1993).  Another large tourist attraction in the Caribbean region is the Andes: huge mountains running North-South through Colombia and Ecuador on the North Andean Plate, as well as the rest of the western edge of South America.  Subduction yields two very different results in the Caribbean; a large andesitic mountain range and calc-alkaline volcanism, both known around the world for their distinct characteristics.

Energy Information Administration. (2013). Energy profile of Caribbean. In The Encyclopedia of Earth. Retrieved from http://www.eoearth.org/view/article/152481